Stare deeply into his eyes. Let’s be honest, haven’t we all wanted to share an intimate gaze with the inimitable Deadpool? Being the witty master of sarcasm that he is, he would probably make fun of us for that, which makes us adore him all the more.

Here’s the Marvel Collectible X-Force Deadpool Head Bust Piggy Bank, a new rollout from Monogram that’s made specifically to give a loving home to all those coins clinking around in your pocket. I wonder who would win if you challenged him to a staring contest?

Coming up as part of the highly raved-about Marvel Select series from Diamond Toys is the inimitable Cable. Standing eight inches tall, he is an image of the mighty founder of the X-Force, a reverse-relic of the cosmic future and progeny of the mythical Cyclops. He comes with imposing, fierce weapons, one of which can be mounted on his shoulders. The detailed display base recalls his most dastardly nemesis, which he’s about to defeat to a pulp, of course.

Encased in classic Select blister packaging with spine artwork for display purposes, this action-figure rendition of Cable will be in high demand. Order yours right now for shipping out in February.

“We are NOT retreating! It’s victory or death!”

One of Marvel’s most unique anti-heroes, Deadpool’s devil-may-care attitude and flamboyant, ultraviolent tongue-in-cheek style caused him to soar in popularity with readers of all ages. Where Deadpool goes, chaos and wisecracks follow. Brought to life in high quality polystone and armed to the teeth, the Deadpool Mini Bust is no laughing matter, with Deadpool’s gray X-Force costume and each of his weapons rendered in loving detail by skilled sculptors. This 1/6-scale mini-bust is hand-painted, individually numbered and comes with a matching Certificate of Authenticity.

Standing 15 inches tall and positioned on a unique base to emulate flight, X-Force’s ARCHANGEL joins the growing line of Marvel Sideshow Collectibles. It’s a stunning exclusive that fans should hurry to get their hands on.

Black guns, black mask, all black everything: Deadpool has never looked cooler or stealthier than he does as a 12-inch Bowen statue. Seriously, take a look at his slick X-Force style: 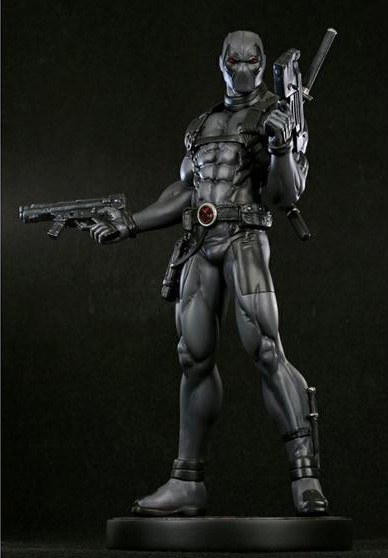 He’s in-stock and ready to go now, so don’t delay or you might just miss him! 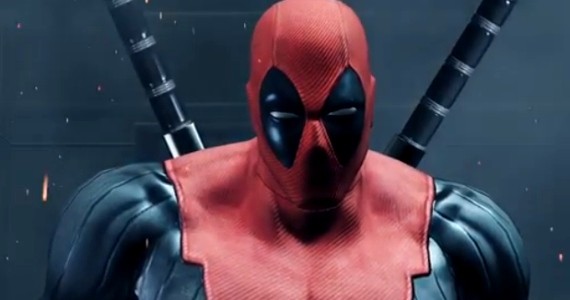 Unveiled at San Diego Comic-Con 2012, the video game trailer featuring everyone’s favorite insane assassin, Deadpool. The trailer starts off with Deadpool breaking the fourth wall and talking to himself before switching to the character doing what he does best: killing people. The game seems as over-the-top as one would expect it to be, with the superhero yelling out catchphrases like ‘Bang Bang’ and ‘Pew Pew’ while firing his pistols.  He even says ‘Sh*t’ in the trailer.

The game seems very in line with the comics and has the extraordinarily talented Nolan North voicing Deadpool, as he has in a handful of other games and animated movies the character has appeared in. The game looks to be a third person action/shooter, with a very distinct comic-book style to it. If you’re a fan of Deadpool (and who isn’t), this title should definitely be on your radar.

Little else is known about Deadpool aside from what’s shown in the trailer.