The second series of Walking Dead figures based on the television show is now available for pre-order and they look just amazing. Finally, you can have the reaching BICYCLE GIRL on your desk at work, or SHANE WALSH stalking your other undead figures. Or, if you think your friend’s coffee cup looked a little too…uncontaminated, stick in a WELL ZOMBIE for good measure!

PLUS, while you’re pre-ordering, you can also snag an in-stock zombie tee from today’s Design by Humans feature. 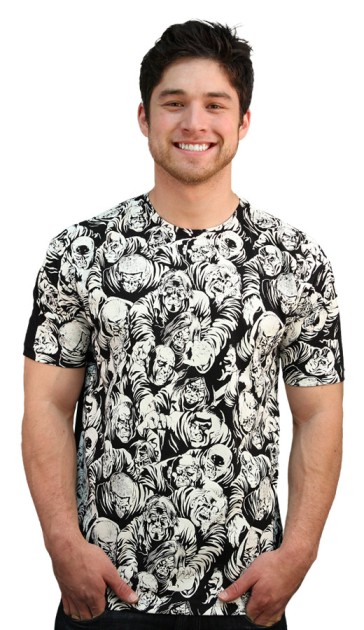 The first set of Walking Dead figures has arrived and another is on its way later this month! The set that’s already in is the COMIC version of the action figures and features Rick Grimes, Michonne, a zombie lurker and a zombie roamer. Check these out: 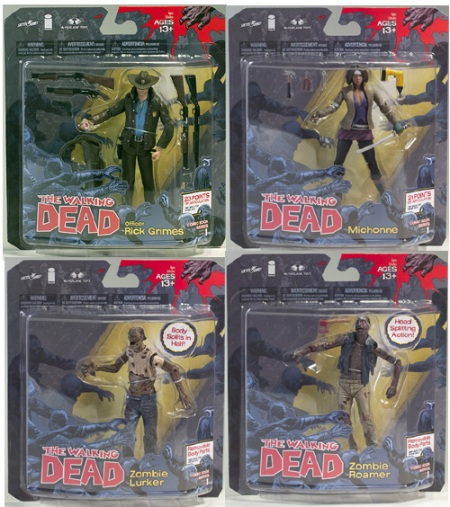 Each figure is about 6 inches tall and the heroes come armed to the teeth, ready to take on herds of the undead.

Later on, look for Rick Grimes, Daryl Dixon, a zombie walker and a zombie biter! Take a look at what’s next: 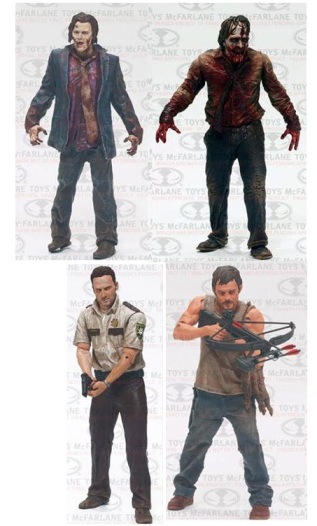 The show’s back in action and we absolutely loved the first episode of season 2, so you can definitely count on these being pretty popular with fans. Order or pre-order now!