Tony Stark’s Hall of Armors gets a level-up with this one. Take a look at this Marvel Comics Presents Iron Man Mark 45 ArtFX+ statue figure by Kotobukiya, a fresh addition to an already-stellar lineup. Following hot on the heels of the Mark 43 armor and taken straight from the Marvel Studios film experience Avengers: Age of Ultron, Robert Downey Jr.’s new swag is fully upgraded.

The “45” has a familiar shape with segmented armor panels, outer plating revealing technological details underneath, reinforced sections on the torso, shoulders, and thighs, and repulsor units for flight stabilization and energy blasts. Sculpted by M.I.C., Iron Man Mark 45 stands 12 inches tall (1/6 scale) on a special Avengers logo display base. Click on the image below to add him to your cart!

This Avengers: Age of Ultron release is nothing short of a masterpiece. We are very excited to be carrying the Hot Toys Iron Man Mark XLIII Sixth Scale Movie Masterpiece Die Cast figure. Check out the rich color of his armor and the incredible detailing in every piece that combines to form the most realistic 12-inch rendering of Iron Man.

The most novel installment in the MMS Diecast Series stays as accurate as possible to the on-screen aesthetic of Robert Downey Jr. as Tony Stark/Mark XLIII. Featuring a newly painted head sculpt, weathering effects on the die-cast armor for a dose of realism, LED light-up functions and a special diorama base with a damaged Ultron Mark I, this is one stunning piece that your collection needs now.

Iron got no type.

The legendary Iron Man 3, the seventh installment in the Marvel Cinematic Universe, has gone down in film history as one of the sixth-highest-grossing box-office releases of all time. And so naturally, aficionados and aficionadas have clamored to own pieces of this superhero cinematic legacy. Hot Toys have presented a new addition to their unique Diorama 1/6 Scale series, the Hall of Armor (House Party Protocol Version).

Tony Stark spearheaded the creation of various super-suits of armor, which he kept in the basement wine cellar of his luxe Malibu mansion before the House Party Protocol took effect. Now you can display your figurines in official, licensed fashion. With the help of LEDs, the Hall lights up in the back and on the ceiling, and on the figure stand as well.

Hot Toys Iron Man 1/6 scale figures are compatible with this 15-inch Hall of Armor, and any collection of them won’t be complete without it. And if your Iron Man 3 appetite hasn’t yet been satiated, check out the Diorama Series 1/6 scale workshop accessories set here. Snap them up!

The Hall of Armor can be used to authentically store your 1/6 scale Iron Man 3 figures. 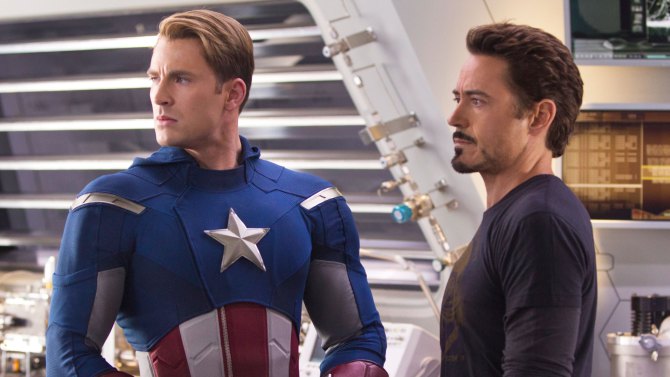 Tony Stark’s Iron Man could very well be set to play a key role in bringing the Civil War storyline from Marvel’s comic books to the big screen — and trigger the start of a new phase of movies from Marvel Studios.

The actor is in final negotiations to play the billionaire in the yet-to-be-titled third installment, which is slated to begin production in the spring for a May 6, 2016, release, according to sources close to the discussions. Downey suits up as the superhero in next summer’s The Avengers: Age of Ultron as part of a previous deal that also calls for him to reprise his role in The Avengers 3. 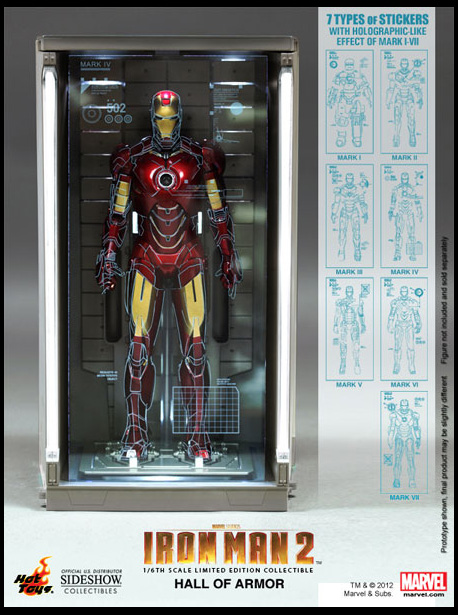 A Diamond Select Release! Designed and Sculpted by Gentle Giant! The newest iteration of the Iron Man armor is now the newest Marvel Select action figure! Based on its appearance in the upcoming feature film Iron Man 3, the Mark 42 armor is Tony Stark’s latest and greatest, able to activate and assemble via remote synaptic link. This highly detailed Select figure stands over 7 inches tall, features 16 points of articulation and comes ready to display in the famous Select-style blister card. 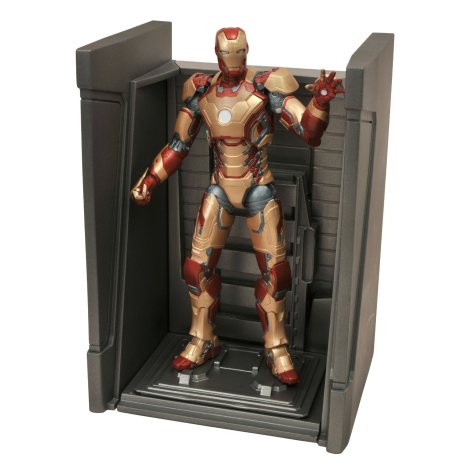 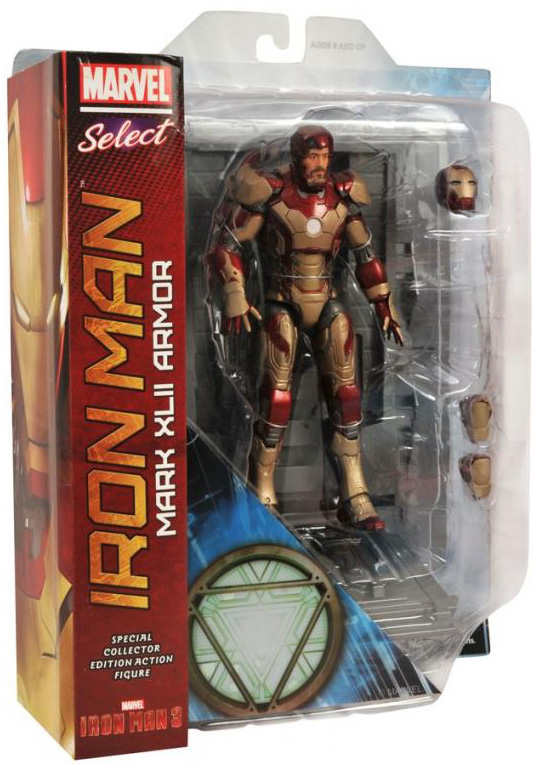