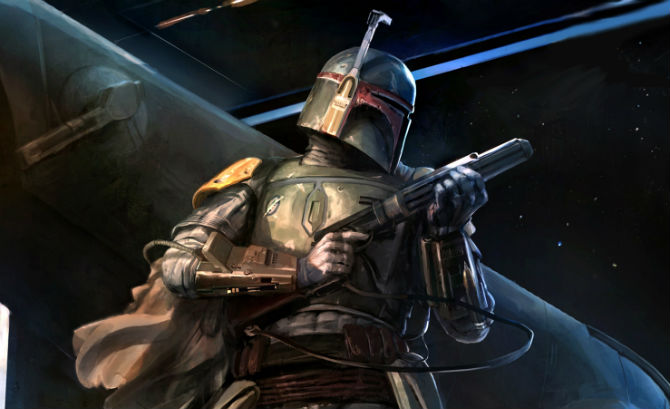 The Boba Fett movie release date was accidentally confirmed for 2016 when toy manufacturer Hasbro leaked out a list of the entire Star Wars release years:

At this point all Disney is willing to confirm is that there will indeed be up to three Star Wars spinoff movies but no titles have been announced officially. That being the case, IMDB lists the 2016 spinoff as “Untitled Star Wars Project” and very little information is available at this point. For example, Gary Whitta is mentioned as screenplay writer as mentioned above (although some believe that Lawrence Kasdan will still be involved somehow) in addition to producer Kathleen Kennedy.

But really catches our attention is that Temuera Morrison is specifically listed as Boba Fett. Morrison portrayed Jango Fett and the clone troopers in Attack of the Clones. He also voiced Bobba Fett in the 2004 special edition of Star Wars: The Empire Strikes Back. The other two cast members listed are Mason Brett and Mike Kasem, son of recently deceased Casey Kasem. Maybe one of them could be a droid buddy?

If Morrison is indeed going to be Boba Fett then that likely means we’ll be treated to a story that follows an older bounty hunter who manages to survive the sarlacc pit similar to the Star Wars Expanded Universe story lines. But considering that Fett spends pretty much all his screen time wearing a helmet it’s possible that a younger Boba Fett could be done similar to how James Earl Jones voiced Darth Vader while another man provided the body. So even if IMDB is correct about Morrison being Fett we still cannot derive a possible plot timeline from that information.
Read more at http://www.inquisitr.com/1312499/boba-fett-movie-casts-jango-actor-temuera-morrison-in-2016-star-wars-7-spinoff/#aiujPA38wfBxI5dm.99