One of six direwolf cubs that the young ones of the House of Stark happened upon one day, Nymeria is taken under the wing of Arya Stark. Named after the Rhoynar warrior queen who ruled in ancient times, Nymeria is as headstrong as her namesake. Arya and Nymeria are pals ’til the end, with the young pup defending Arya from the wrathful advances of Prince Joffrey Baratheon by sinking her sharp teeth into his arm. Enraged by this, Queen Cersei Lannister orders Nymeria to be killed, but since she has since disappeared, Sansa’s direwolf Lady is put to death instead. Currently wandering somewhere in the Riverlands, Nymeria represents the loyal bond between girl and pup, even into the throes of danger.

Snuggle up with your very own nine-inch plush version of the mythical Nymeria this winter, brought to you by toymakers Factory Entertainment. We’ve also got the brave Lady and Shaggydog too, so you can own both. And if you’re looking for more plush Game of Thrones fun, pick up Drogon Dragon while you’re at it, too!

Nymeria the direwolf is devoted to her Arya until the end.

Mezco brings us this 8-inch plush right in time for Halloween — and the inevitable slew of Breaking Bad-themed costumes. Get inspired with none other than Walter White, the enigmatic and fascinating series protagonist. Walt is imagined here with his true-to-form inquisitive and disturbed facial expression. Even the telltale furrows on his forehead are comically reproduced! He’s sure to be cooking up something extra special. We also have his pal Jesse Pinkman in cuddly format, too. Snag them both before we’re all out!

The most snuggleable version of Walter White out there, we’re sure! 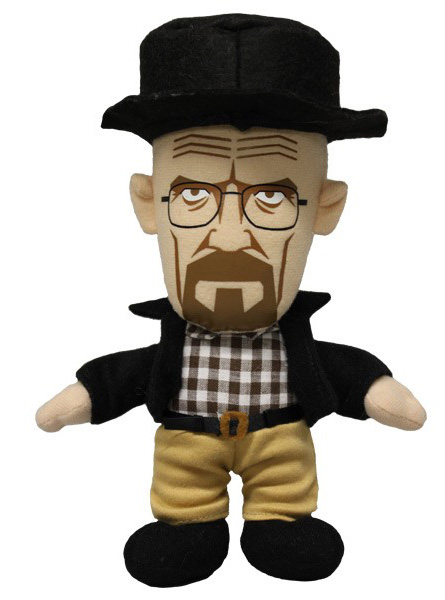 At 30 inches long, this sword is sure to strike fear into the hearts of all you defy you! Provided, of course, that they they have a powerful fear of plush toys. Still, you can at least feel a bit of the power of Grayskull when you hoist this above your head a la He-Man, so if you’re a Masters of the Universe fan, we still heartily recommend it.

You know we think Valve is spoiling us, so we’re just going to keep on loving it with this Turret Plush from Portal. Standing just over a foot high, this plush turret’s even got a light-up “eye” lens and speaks a number of lines direct from the game. Unfortunately, though, ThinkGeek wasn’t able to fit it with working machine guns, but we’re thinking that’s a fair concession. Order now and get it in February!

The foul-mouthed teddy bear from Seth McFarlane’s comedy hit can now be your best friend– though that might not be how you see it when he starts talking. This 16-inch plush toy features a number of phrases straight from the film and boasts a moving mouth to make it all a bit more legit– or as legit as a talking bear voiced by Seth McFarlane can be.

Koopas have it rough. Like Shyguys and Goombas, they almost never get their story told and usually end up on the wrong side of Mario’s boot, fireball or flashing, invincible body. And now, with today’s TeeFury shirt, they’re about to get kicked…again. So grab the figure above, snag the t-shirt below and join the Koopa Troop– they could really use some help. 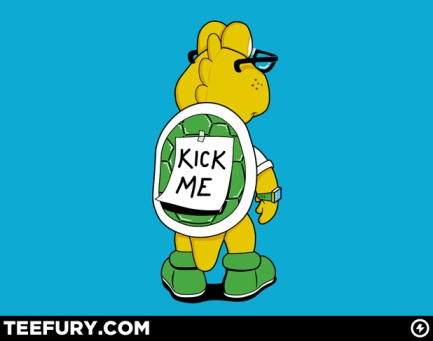