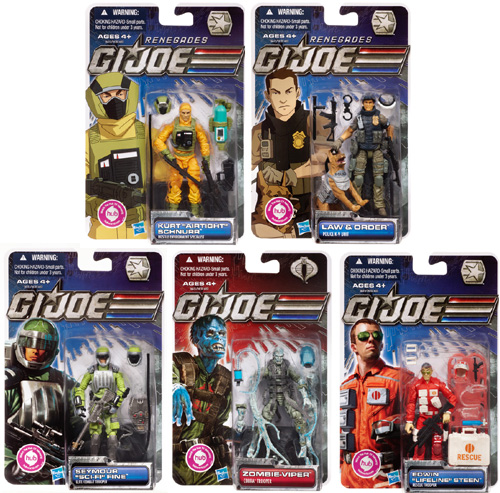 Shipping later this month, Lifeline, Law & Order, Airtight, Sci-Fi and Zombie Viper are the fourth wave of the 2012 line of 3.75-inch G.I. Joe action figures. They come with weapons and accessories and feature some great articulation. If you’re looking to stage some epic adventures from the G.I. Joe Universe, then be sure to snag these guys individually or as a set! 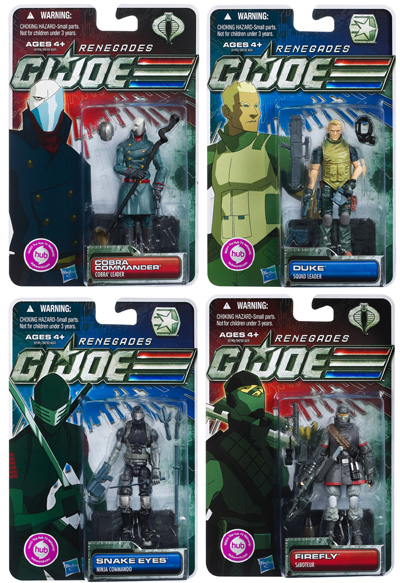 Those are the four new figures available in the 2012 Wave 2 selection of G.I. Joe: The Pursuit of Cobra. All based on Renegades, they have a unique styling that’s sure to appeal to collectors and fans. They join he likes of Sergeant Stalker, Iron Grenadier, Rock Viper and Temple Guardian Snake Eyes in the growing collection of awesome 3.75-inch renderings.