There are plans to release the Bakugan Video game on the Nintendo DS platform only. Although, I think Bakugan would be great on the Nintendo Wii platform instead. Imagine waving your Wii remote to mimic rolling the bakugan balls….that would be cool.

Will Spin Master Toys go interactive with their hot new property: Bakugan Battle Brawlers. Our retail stores sells tons of Chaotic cards (Collectible Card Game) which requires that you go online to activate codes found on your card to play. Webkinz has a similar product (buy a plush toy and use the code to create a new animal in their virtual online world).

Bakugan would be a great concept for an online virtual game. Will they take the plunge and allow their game be played interactively online? Only time will tell. 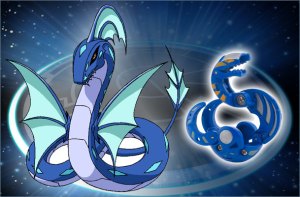 Found this PR Newswire article off the net.

TORONTO, May 12 /PRNewswire/ — There’s an old saying that says that imitation is the sincerest form of flattery, but Spin Master Ltd., the company behind the North American toy-phenom Bakugan Battle Brawlers, is warning imitators that counterfeiting will not be tolerated and is offering parents guidance on how to ensure that their Bakugan purchases are the real thing.

Between February 6 and May 2, 2008, Spin Master Ltd. in conjunction with its anti-counterfeiting enforcement team at the Toronto-based law firm of Kestenberg Siegal Lipkus LLP served a combination of Canadian Federal Court Order Anton Piller Orders and cease and desist letters on 15 locations in Ontario and Quebec. As a result of this effort, a total of 2203 counterfeit Bakugan Battle Brawler items have been removed from sale. In addition, several businesses involved in the importation, distribution and sale of counterfeit Bakugan Battle Brawlers toys are currently being investigated.

“Spin Master has asked us to aggressively pursue the suppliers and stores selling these infringing products and we believe the word is getting out there that counterfeits will not be tolerated,” notes Lorne Lipkus of Kestenberg Siegal, Lipkus who is heading the enforcement efforts. “The obstacle facing us in our efforts is that Bakugan is such a hot product, even the counterfeiters and stores selling the counterfeits are selling out quickly. As enticing as counterfeits might be to some retailers however, its not worth the risk of a law suit.”

The RCMP Border Integrity investigators consistently note that the following is characteristic of the counterfeit products they encounter:

1. They are almost always cheaply made;
2. They are often unsafe;
3. They always generate huge profits for organized crime;
4. People involved in trafficking counterfeit products don’t care about the health and safety of the people, who knowingly or unknowingly, buy the product.

“The inevitable result of having a successful product is that the market gets flooded with cheap imitations,” states Christopher Harrs, General Counsel for Spin Master Ltd. “It’s often small convenience stores that are the unwitting buyers and end up on the wrong end of a law suit with consequences far outweighing the profit they could make on this product. The bigger mass-market stores know better. ”

From the Japanese words “baku” meaning “to explode” and “gan” meaning “sphere,” Bakugan Battle Brawlers is a collectible action strategy game featuring small spheres that pop open into powerful Bakugan monster action figures when skillfully rolled onto the game’s metal cards. Launched in Canada in August, then the United States this past January, Bakugan Battle Brawlers has exploded into the market to become the most talked about and most in-demand item for North American kids.

“We’re bringing in Bakugan in planes, trains, automobiles … whatever we can do to deliver product fast to meet this incredible demand,” says Donna MacNeil, Senior Director of Communications at Spin Master Ltd.
“Bakugan is selling out within hours of reaching stores — kids want this product, and they want the real thing.”

More information on Bakugan Battle Brawlers can be found at http://www.bakugan.com and http://www.spinmaster.com

Here are some tips to help ensure that your Bakugan purchases are the real thing:

We are currently running a Bakugan Contest.  Wanna enter and play….click the image to win a Bakugan Training
DVD.

CmdStore.com is one of the only retailers able to offer the season’s number one hot toy, Bakugan, in such

huge and diverse quantities, with every accessory possible still available for sale through the site! Cmdstore has so many bakugan choices from: opened/loose and sealed boosters, starters, battle packs, collector tins, arenas, launchers to customized gift sets, you will always find something for your budget. Cmdstore has been in business for over 16 years and is an accredited member of the Better Business Bureau Inc (BBB).