Really nice mongoose and really awesome second release of the ODST and EVA ! Plus, it comes in the cool yellow colored armor for the EVA! The ODST comes in a Tron-Like armor which looks kind of RETRO.

Get this while is lasts, with the new waves coming out, it looks like we will be seeing less and less spartans, due to the broadening of the diversity in the lines. Don’t think, just get this. The mongoose vehicles are really cool, too. Great for display! 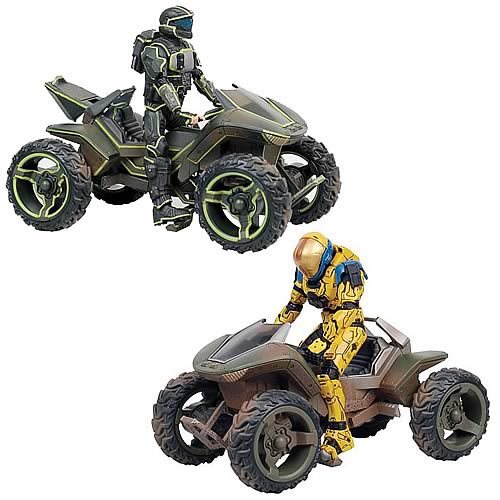 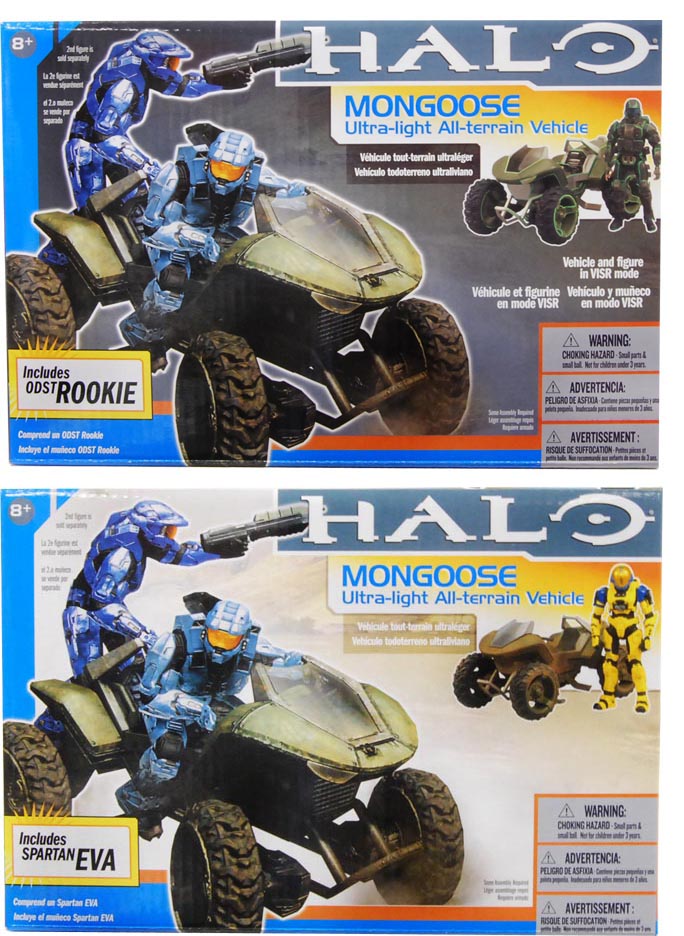 Surprisingly one of our top selling mini figures this season is:

This set of Kubrick mini figures measures 2 inch each.  The set consist of 4 different Halo figures.   We still have a good supply of these left in stock.  You can pick them up online at www.cmdstore.com 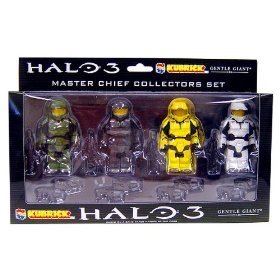 Here’s a look at three brand new items being added to our growing collection of McFarlane Halo action figures and collectibles. They’ve just come in and look awesome, so be sure to check ’em out!

HALO 3 ACTION FIGURE 2-PACK: TEAM SLAYER ON GUARDIAN
This pack of two 6-inch action figures features not only a red Elite Combat and a Blue Mark VI, but also some game-accurate weaponry and all the amazing sculpting and detail you’ve come to expect from McFarlane Toys. The pack also boasts 52 moving parts!

DELUXE ARMOR PACK: RED HALO SCOUT
Big fan of the Red Scouts? This pack boasts a red Spartan Scout base body with CQB, ODST and EVA armor sets you can add on, plus weapons like dual SMGs, a frag grenade and assault rifle. Definitely a great starter kit for a collection, or a showpiece for fans.

There are a ton of new figures in the fifth series from McFarlane. Called the “Equipment Edition”, it features more weapons and armor than the previous lines and more variations on the game’s brilliantly designed characters. 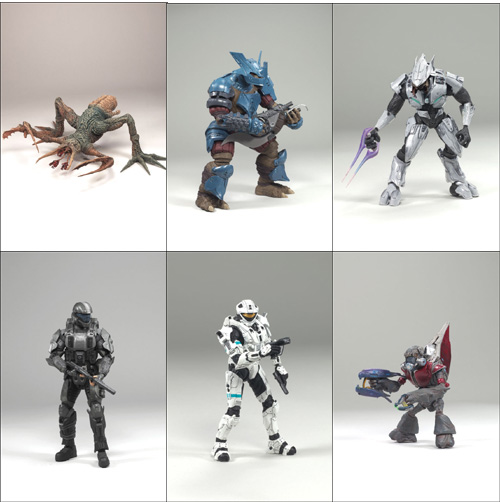 McFarlane Toys is expanding its impressive lineup of figures and vehicles based on the Halo series with new additions from Bungie’s upcoming Halo 3: ODST.

Planned for release in October — the game hits September 22 — the Halo series 6 figure “The Rookie ODST” measures 6″ tall, comes packaged with an ODST medal and is probably going to be the best selling figure from this series.

The set features the following figures:

– The Rookie ODST (featured above) 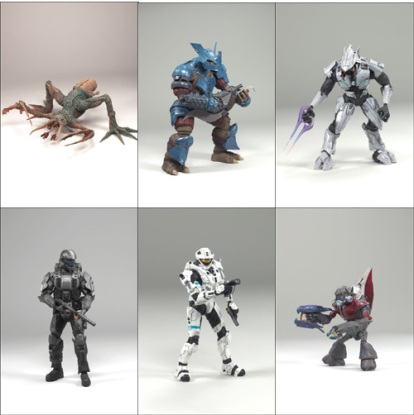 The latest figures from McFarlane’s epic Halo collection are now available for pre-order over in the Halo section of our online store. Called the Medal Edition (it follows the Equpiment Edition), the sixth series is comprised of Elite Shipmaster Rtas Vadumes, The Rookie ODST, Brute Bodyguard, Flood Pure Form Stalker, Spartan Recon White, Red Grunt. In the way of all McFarlane figures, these guys are stunningly detailed and really help bring the world of the game to tangible life.

Direct from McFarlane Toys, the newest release has hit our shelves: Halo 3 toys based on the most popular xBox video game ever.  This set features 5 different figures (you can click the links to get a better look at these babies). 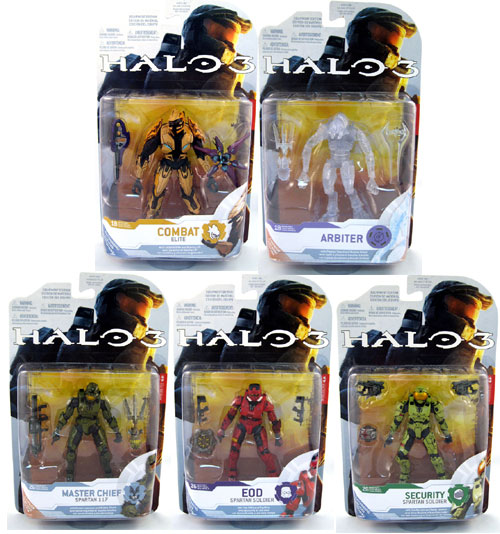