Celebrate Guillermo del Toro’s iconic 2013 film with this new release from NECA. Here’s the Pacific Rim Ultimate Striker Eureka, a continuation of the Ultra Deluxe Series by the acclaimed toymakers. He stands seven inches tall and features an open chest of rockets that is actually an interchangeable piece that swaps out to show a fiery missile launch!

There’s even a nuclear payload that attaches to the back of the figure. The Australian mech is made from the actual digital files utilized by ILM in the creation of Pacific Rim for exacting accuracy and detail. Click the image below to shop him now!

Most people would agree that when your entire continent is under attack from a gigantic monster, you should probably build another gigantic monster to fight it. Right? That’s exactly what Striker Eureka from Pacific Rim was slated to accomplish, with the added bonus of it being the last Jaeger constructed and the only Mark-5 Jaeger ever. All the stops were pulled out for this dude in the movie, and so Sideshow has done the same with this 19-inch deluxe statue figure.

The Skyscraping Soldier of Australia is ready to slice through both bone and steel with Sting-Blades. As this statue was crafted as a collaboration between award-winning director Guillermo del Toro and Sideshow Collectibles, the Striker Eureka looks like it just stepped out of the silver screen. Behold his intricately designed armor and paint deco, underscored by red and blue LED light-up features. Get your hands on this gorgeous statue before it’s too late!

Kaijus are no match for this big boy.

The Justice League Dark, known for their supernatural powers and their handling of matters deemed too extraordinary for the original Justice League, are an indispensable and unique squad. First announced in 2011 as a new First Wave title in the New 52 conglomerate, the “JLD” are now rushing to us in action-figure form!

The original comic-book narrative touches on more melancholy themes of the struggle and tension that the heroes experience in relation to otherworldly powers, and these 6 inch renderings evoke the dark mood appropriately. And this is even more exciting given that this past July, Guillermo del Toro confirmed that he was working on a screenplay for a feature-length film centred around the JLD. So much excitement! Own Constantine (pictured below) or Zatanna now.

Constantine is one of two new Justice League Dark figurines for fall.

The One Ring (theonering.net) is a little concerned that Hellboy director Guillermo Del Toro could go kid-oriented when he directs the upcoming Hobbit movies. Personally, I don’t think anyone who’s seen The Devil’s Backbone, Pan’s Labyrinth or even Hellboy 1 or 2 would think Del Toro the type to go that way, so it’s clear TheOneRing is playing this one tongue-in-cheek, but the list it’s come up with is awesome. You can read the whole thing here, but here’s an excerpt…

3. Keep Leonard Nimoy Away From the Soundtrack!
Yes, Nimoy’s version of “Bilbo Baggins” is the greatest music video in history (except perhaps for the DaVinyls “I Touch Myself”). But it’s also exactly the wrong note for the new Hobbit movie.

This is exactly the light-hearted silliness that makes The Hobbit fun to read as a child, but hard to sit through in a feature-length film. Unless Nimoy plays Gandalf. No offense to Ian McKellen, but that would be awesome.

Naturally, they include this video as a chilling reminder…

And in other Hobbit news, remember those bones that were found a couple years back? Small and humanoid, they were dubbed ‘hobbits’ and had even archaeologists and their ilk scratching their heads. Well, a little bit of the mystery has been solved: They weren’t humans at all! The Mirror explains…

Hobbit-like creatures who lived 18,000 years ago were a lot less like us than we thought, say scientists.

Researchers have decided the 3ft 6ins tall tribe from the Indonesian island of Flores are an unknown sub-species of modern man. Their remains caused a sensation when unveiled five years ago and they were dubbed Hobbits after the elf-like creatures in JRR Tolkien’s Lord of the Rings.

Some researchers argued they were modern humans with a disorder called microcephaly accounting for their tiny brains.

But analysis of the most complete skeleton, of a female called Flo, suggests she was a different branch of human. Anthropologist Dr Karen Baab said: “Dwarfing syndromes and microcephaly bear no resemblance to the unique anatomy of Homo Floresiensis.”

It is thought the little folk were wiped out 12,000 years ago by a volcano.

And that’s all, it seems, for real-life Hobbit news and the fantasy Hobbit-news we’ll of course be keeping up on–especially when WETA starts sending out the merch! ‘Til then, we do have a wide selection of Lord of the Rings figures and collectibles still available, which of course feature a couple Hobbit/LOTR crossover characters. Look out for ’em. 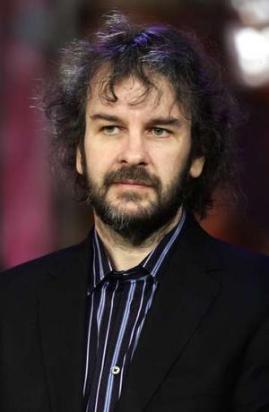 With the release of the Lord of the Rings Trilogy, I became a huge Peter Jackson fangirl. They’re still in my top 5 favourite movies (I count them all as one and have indeed done the single-day LOTR marathon–extended editions, of course) and I’m eagerly looking forward to the incredible Guillermo Del Toro’s upcoming take on The Hobbit (with Jackson directing). So suffice it to say that I am now looking even more eagerly forward to my first trip to Comic Con because now I’ve gotten the news that Peter Jackson’s will be making his first SDCC/CCI appearance! And while he’s there to promote the upcoming District 9 rather than The Hobbit, I’m sure we can expect a few dropped hints and there’s also no doubt that District 9 will rock all on its own.

He said he is attending to support TriStar Pictures’ “District 9,” a movie he produced.

Jackson’s previous film credits include “The Frighteners,” “The Lord of the Rings” trilogy and “King Kong.”

The “District 9” panel discussion is to take place in the San Diego Convention Center’s Hall H July 24. Jackson will speak on the panel with the film’s director, Neill Blomkamp, and star, Sharlto Copley, Sony Pictures Entertainment said in a news release.

“After all these years, I’m thrilled that I finally have the opportunity to visit San Diego for Comic-Con,” Jackson said in a statement. “I am especially excited that I am attending to support ‘District 9.’ Neill is a tremendously talented young director and he’s made an extraordinary film, so it was important to me to come to San Diego to spread the word. I look forward to attending my first ever Comic-Con and I know that those who visit us on July 24 in Hall H will be in for quite a ride.”