In honor of the film that slayed the box office earlier this year, NECA is fêting one of the classic Godzilla incarnations from the decades of yore. The 1985 Japanese sci-fi film originally titled The Return of Godzilla is the inspiration for this six-inches-tall, 12-inches-long monster. His tail is bendable and the whole figurine includes a radical 30 points of articulation, perfect for posing and acting out the fiery ruination that made the action films so epic. Grab him now in time for the holidays, as he will be delivered in December.

In 1985, The Return of Godzilla won the Japan Academy Award for Special Effects. Makes sense — how else are you going to make a giant lizard-monster destroy an island city?

This vinyl bank of the city-destroying and alien-fighting lizard called Godzilla is based on his appearance in the 1989 movie Godzilla vs. Biollante! Cast in sturdy vinyl, the bank features a coin slot hidden between the fins on his back, as well as an access door hidden inside his removable tail! Stands 12 inches tall and measures 18 inches to the tip of his tail! Sculpted by Gentle Giant Studios! 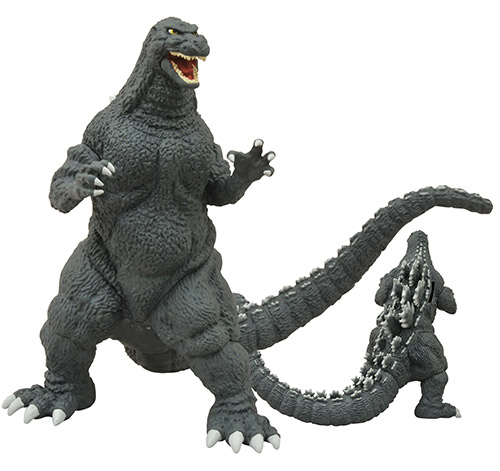 he revolutionary new S.H.MonsterArts series continues! Mecha-Godzilla will be the second release in the rapidly expanding Kaiju Action Figure series! Like Godzilla, the Kaiju King’s mechanized doppelganger will be based on sculpts rendered by the renowned Yuji Sakai and will feature unprecedented detail! Mecha-Godzilla will feature multiple points of articulation allowing for a never-before-realized range of movement – including flight mode! And each figure features unprecedented levels of detail and coloring – no detail is overlooked! Constructed from ABS, PVC and POM materials for enhanced detail, durability and articulation, Mecha-Godzilla also features die-cast parts for additional weight and faithful mechanical portrayal. This high-end figure set also includes interchangeable hand, neck, tail, and mid-section parts, including a plasma grenade launcher! Each figure will also include bonus effect parts and a special display stand for these effect parts, that will only be included in the initial production wave as a First Edition Bonus! 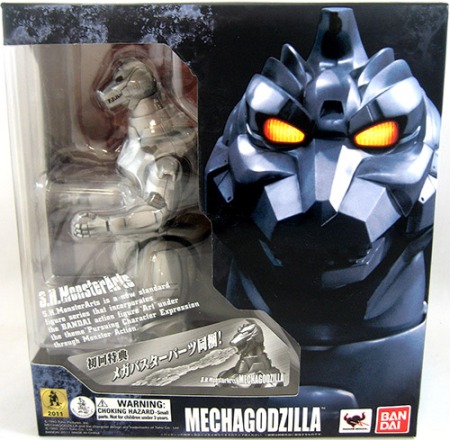