Check this out! Over at IGN, they’ve put together a list of Marvel characters and their movie counterparts, offering compliments and criticism on the sometimes ridiculous, sometimes awesome styles rocked by a selection of heroes. Here’s a sample:

SUPERUSELESS SUPERPOWERS is a blog that looks at the most mundane of superpowers and presents them to you as a handy guide.

Float like a butterfly and sting like the bedside manner of Mother Teresa. As a superhero, sometimes you have to resort to violence. Too bad your ferocious fists instantly heal the damage you inflict. Whereas most punches would deliver a crushing Ivan Drago-like knockout. Yours leave your opponent feeling amazingly refreshed and rejuvenated. At least until he counters with an uppercut to your oesophagus.

How do you get from this… 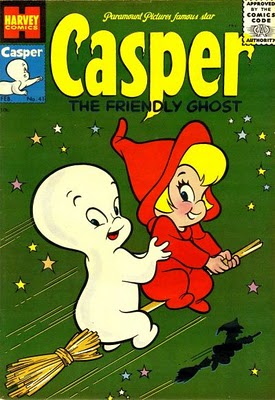 The answer is simple: you head down to The Covered Blog and check out a ton of remixed, reinterpreted comic book covers from every era! Some old covers have been given a modern styling and some of the newer ones get the retro treatment (see this great rendering of Milk and Cheese). It’s a great blog with amazing contributors and well worth the visit!

Seen CATALOG LIVING yet? If not, allow me to inform you that it’s absolutely hilarious, taking some of those ridiculously contrived or just plain strange images you often see in those better living/house and home catalogues and seeking to explain how people might live with or in them. The site tells the ongoing story of Gary and Elaine, who dwell in these unlikely places. Here are a few samples, but check out the whole site! You won’t regret it.

Elaine, have you thanked me yet for putting a twig on your books so they don’t blow away? Hm?

By placing the severed hand and horse sculptures next to each other, Gary created a disturbing but cathartic shrine to their ill-fated Arizona trip.

They brought out the penguin plates every year, but it wasn’t until just now that Gary recognized the lusty and sad tale of adultery and single parenthood depicted in them.

For a Sunday Blog rec, we’ve got…well, it’s more website addition than blog, but I think that the presence of the authors and updates kind of makes it count…right?

Well, either way, I give you CollegeHumour’s HOW TO FIRE SOMEONE IN GOTHAM CITY, an excellent send-up of daily life in one of the most dangerous cities in the world. It’s something that a lot of Bat-fans have probably considered when pondering daily life in Gotham, but here it is with graphs and illustrations. It’s pretty much the best:

CollegeHumour’s HOW TO FIRE SOMEONE IN GOTHAM CITY

Chances are you’ve already read something from today’s blog recommendation, Hyperbole and a Half. Perhaps you’ve seen the ‘Alot’ entry or the harrowing tale of a young girl and an ill-fated fish or read a bit about social awkwardness. If you have, there’s really almost no doubt that you’ve laughed out loud or at least snickered quietly at your desk, trying to go unnoticed as you enjoyed some of the most hilarious writing available online.

If you haven’t seen it, though, here’s a link. Read the entries, look at the absolutely amazing MS Paint art and just enjoy. 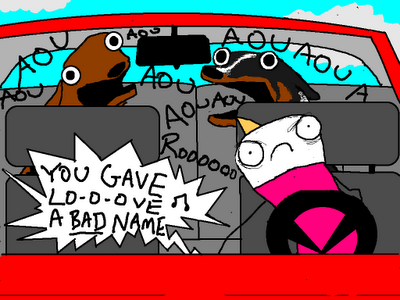 Disney Hidden Secrets is a Tumblr collecting bits of trivia about your favourite Disney animated movies. A good but highly addictive read (like so many Tumblrs!), it’s put together by someone with a true love of the films and it’ll keep you busy for ages as you discover everything from hidden Mickeys to behind-the-scenes action. Here are a few samples! 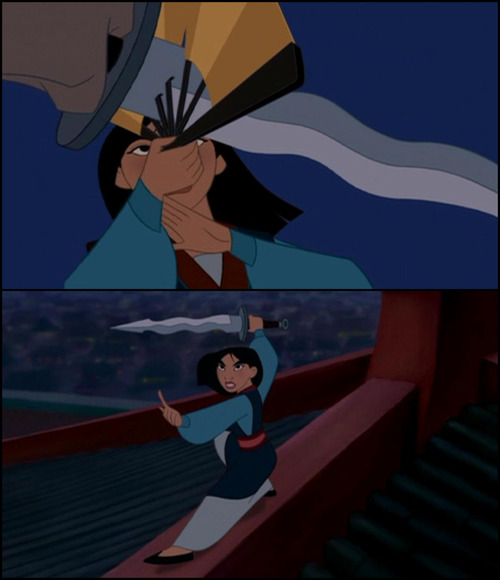 The scene where Mulan disarms Shan-Yu with a fan shows an actual martial art technique. 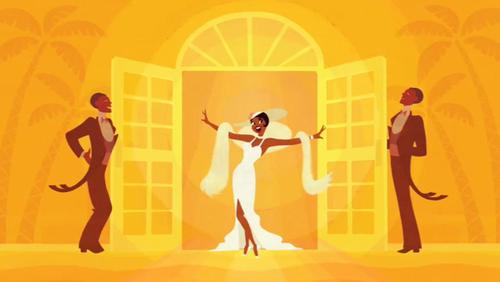 Animator Eric Goldberg supervised the animation of Tiana’s “Almost There” fantasy sequence, which was based on the art of African-American painter Aaron Douglas, one of the major figures of the Harlem Renaissance. Goldberg had previously directed the stylized “Rhapsody In Blue” segment in Fantasia/2000 (1999), which was based upon the work of Al Hirschfeld. The fantasy sequence eschewed the Toon Boom Harmony pipeline of the rest of the film; the animators’s line drawings were scanned into Photoshop and composited using Adobe After Effects.