Including all the awesome little details and improvements that have defined his look in the New 52, THE FLASH (Barry Allen) races into action– and promptly stands perfectly still for all eternity as a new statue from DC Direct.

A Kotobukiya Japanese import, this 7-inch ArtFX statue is a shining tribute to the speedster and will hopefully be joined by even more of the DC Universe as time goes on. If you’re a fan of the character, though, be sure to pick this one up — it’s an awesome metallic look that more than suits him.

With the New 52 out, it’s nice to see that DC is still celebrating its roots by showcasing old-school characters like this awesome Golden Age Flash. Take a look:

The figure stands about 6 inches tall and is part of the DC Signature Collection. We admit it’s kind of tough to keep up with which figure go in which collections or lines, but one thing we know is that this version of the speedster looks awesome and makes a great addition to any DC collection! 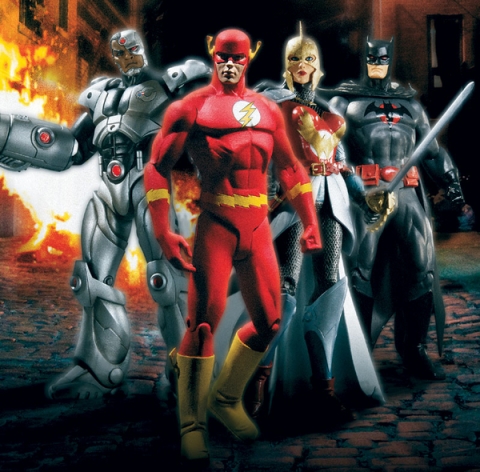 DC Direct’s FLASHPOINT 6-inch figures are now available for pre-order, both as individual figures or as a set of four. The first characters you’ll find in what will surely become a growing line are Batman, Wonder Woman, Cyborg and, of course, The Flash himself.

From the Wik: iWritten by Geoff Johns and penciled by Andy Kubert, the series details an altered DC Universe in which only Barry Allen seems to be aware of very significant differences between the regular timeline and the altered one he awakes in, including Cyborg’s place as the quintessential hero, Superman’s apparent detention by the government, and Batman “spending his days running Wayne Casinos.

If you’re a big DC fan and love these kinds of crossover/Elseworlds-style events, then you’ll probably love the slick new design of the characters. Snag ’em now and we’ll have information on the next series as soon as they’re announced! 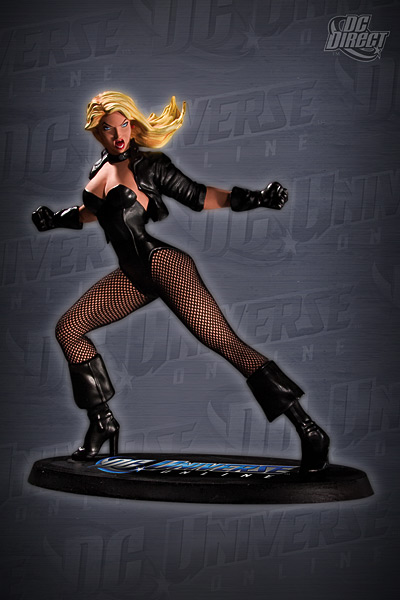 Over in our DC Universe PVC Dolls and Statues category, you can find the above item from the new line of DC Direct figures based on the upcoming MMORPG, DC Universe Online. Bringing together heroes and villains of the DCU while doing the same with players around the world, the game is sure to be a hit and it’s no surprise that they’re already sending the figures out into the world, ready to be pre-ordered.

Black Canary can be ordered now and will begin shipping in June 2011. She will be joining the December and January arrivals (Batman, Catwoman, Superman and Green Lantern) along with another familiar face, The Flash.