Marvel’s rolling out a bunch of new goodies in the aftermath of the holidays, and we’re more than stoked to be on the receiving end! Six new figures will debut in the Marvel Universe Infinite series of 3.75-inch collectibles, showcasing some of the most celebrated personalities that have gathered under the Marvel umbrella.

You can take your pick of Captain Marvel (Carol Danvers), Spider-Man Noir, Ulik, Triton, First Appearance Iron Man and Yondu. Save money when you pre-order all six — just click the photo below to get started! 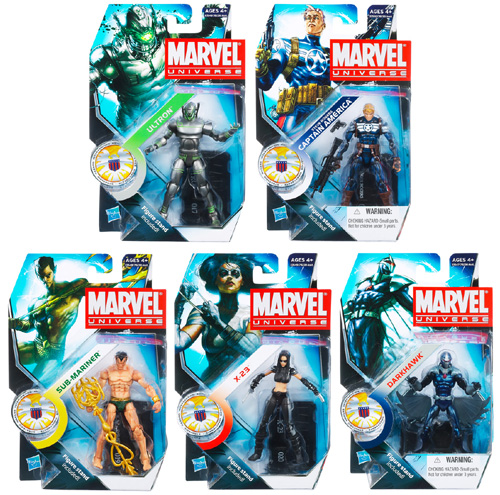 Each one comes with accessories and features articulation that’s all the more impressive for the 3.75-inch scale at which the characters are rendered. As per usual, you can snag the Marvel heroes or villains individually or as a complete set.

And look out next week for the fifth wave, including Tony Stark as Iron Man, Iceman, Absorbing Man, Astonishing Wolverine and Magneto! 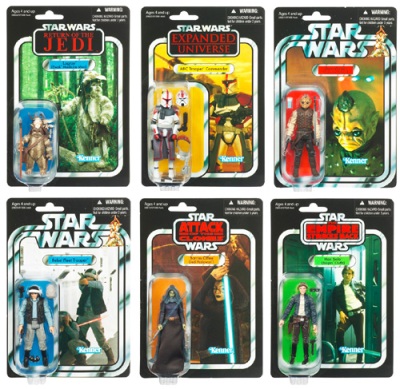 Whether you’re old enough to remember the old black and silver Star Wars figure cases or just looking for a retro take on the beloved characters of George Lucas’ Universe, you might enjoy the latest series of vintage-style 3.75-inch figures!

And there’s an extra bonus out there for Star Wars fans–if they’re also into Call of Duty. 1up has the news…

One of the great things about PC games is the mod community. Total conversion mods, in particular, can breathe new life into games long after you would expect them to be dead. Whether or not Call of Duty 4: Modern Warfare would fall into that class of games or not, now is as good a time as any to pick up the Infinity Ward FPS. BlackMonkeys.de has just recently released the final version (1.0) of its Galactic Warfare mod that turns CoD4 into a Star Wars first-person shooter.
It was created by more than a dozen individuals over the past two-and-a-half years. As its ModDB page explains, it all started with the creation of a blaster model and has since become a mod filled with Star Wars characters, locations, and weapons.

Seven maps (Mos Eisly, Bespin, Bestine, Not A Cave, Jundland, Jundland Dusk, and Anchorhead) are included and even killstreaks are Star Wars-themed, such as the Y-Wing and Tie bomber.

As luck would have it, one of Steam’s daily deals today is for Call of Duty 4. The Game of the Year Edition is half price ($9.99) until Wednesday at 10am Pacific. You can buy it here and download the mod at ModDB or FilePlanet. If you need help installing the mod, a man with a thick German accent is happy to instruct you on how to do so here. 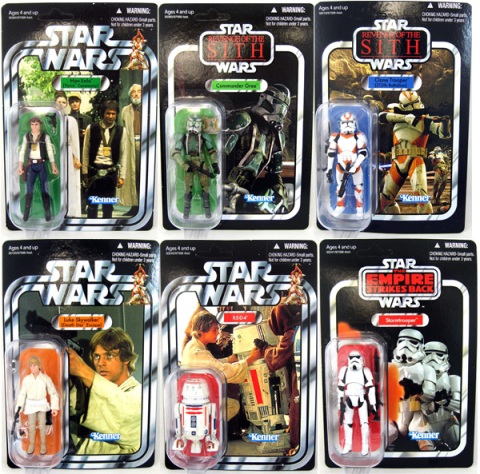 They’ve just arrived in stock and will be sure to please die-hard Star Wars collectors. It seems as though there is really a never-ending supply of Star Wars items (figure, statues, lightsabers, etc.) coming down the pipeline and that’s exactly how fans like it. You can grab these guys as individual figures or as a complete set of six. You can also pre-order the next wave (including a new General Lando!), which ships in April.

New figures are on their way from Star Wars: CLONE WARS, pre-orderable now and shipping later this month! If you’re a fan of the film, the show, the comics or just the awesome new style they brought to the Star Wars Universe, then you’ll want to get your hands on these 3.75-inch figures. Here’s the run-down of the figures you can snag both as a complete set or individually: 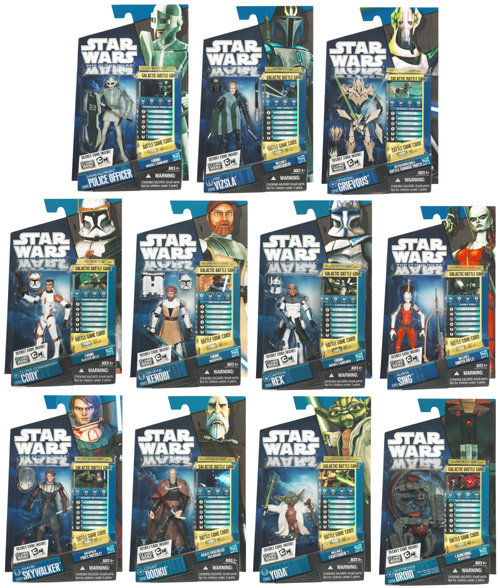 And if the animated universe isn’t quite far-out enough for you, then maybe you’d prefer to see something far stranger in the form of this Toronto Sun article detailing Sith Lord Darth Vader’s weekend plans…

Darth Vader may have done battle in a galaxy far, far away, but in Toronto, he’s going to be doing yoga.

The Dark Lord of the Sith and his storm troopers will be descending upon Trinity Bellwoods Park Wednesday morning to embark on a 20-minute exercise regime.

The effort at the park on Dundas St. W., just east of Ossington Ave., is designed to promote this weekend’s Fan Expo at the Metro Toronto Convention Centre.

“It might be interesting for people to come out and get some shots of Darth Vader and the storm troopers doing park things and creating a little buzz for Fan Expo,” said Roy Mitchell, 36, the head of the Toronto Garrison of the 501st Legion — a group of Star Wars aficionados.

The 501st Legion, which boasts roughly 80 members in its Toronto chapter, always make an appearance at the Fan Expo convention.

“We’ll have the main group do each thing and it’s a photo opportunity,” said Mitchell, who will be playing Darth Vader.

“We can’t do things like Downward Dog or anything, yoga will probably be limited to standing poses. We’ll then set up a tennis match and maybe Vader will be standing on the line and be the judge. It’ll be fun and that’s the idea.”

Mitchell added it’ll be interesting to watch the storm troopers attempt to hit the tennis ball with a racket, especially when they can barely see out of the helmets.

“They may get lucky and may make it back to serve, I have no idea,” he said.

Among some of the now-un-caped crusaders appearing at this week’s expo are Adam West, Burt Ward and Julie Newmar, the original Batman, Robin and Catwoman.

For more information about FanExpo, go to: FanExpoCanada.com 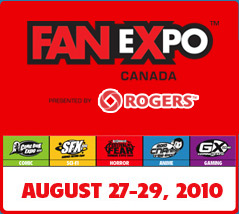