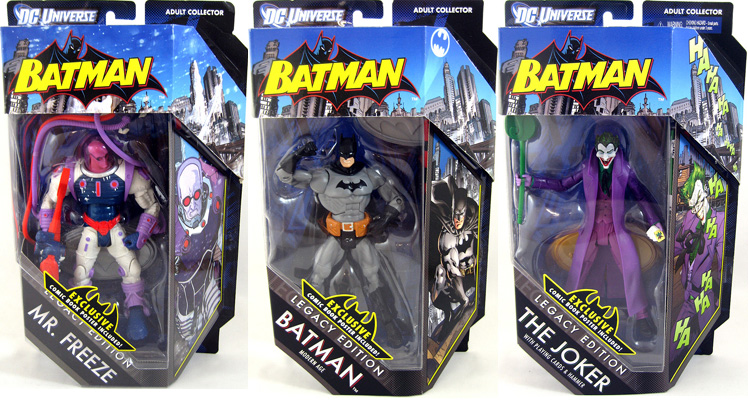 BATMAN LEGACYhas arrived with three brand new figures of not-so-brand-new characters. A modern Batman and an old-school Joker and Mr. Freeze make up the first series, which seeks to bring to life the Dark Knight’s past and immortalise both him and his Rogues’ Gallery as they once were. You can get them individually or as a complete set of three, but you’ll want to stay tuned or pre-order the next figures in the line as they present the latest and most mainstream versions of Batman right now. Check ’em out: