According to WVEC, the new DEXTER action figure (which we’ve got right here) has been raising a few eyebrows on a number of store shelves and the news is reporting at least one major complaint from a toy aficionado… 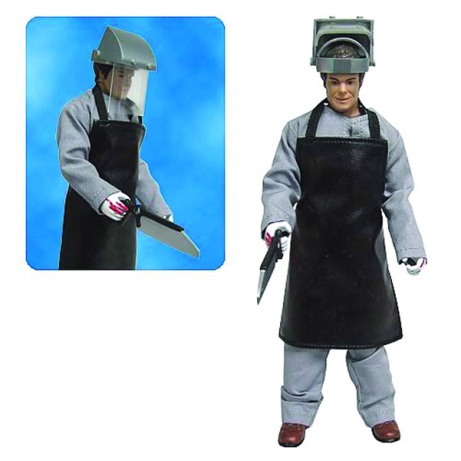 OHIO– A Toys R Us store in Ohio has been selling an action figure meant for adults only.

He complained to the company and was told that “‘a small number of the item was ordered to accommodate (the stores’) avid action figure collector customers.”

Schultz says collectors could find the Dexter doll elsewhere and doesn’t think it belongs in the store.

“I understand it’s marketed towards adults. But I do condemn Toys ‘R’ Us for putting it on their shelves in the same store where you can go buy Barbie, and Kermit, and Elmo” he stated.

A company spokesman said the Dexter figure has been on the shelf for a couple of weeks and Schultz was the only one to complain.

He points out the packaging is clearly labeled ages 18 and up, not intended for children.

“There isn’t a Serial Killer Ken. He doesn’t come with a hacksaw and a trash bag to put Barbie’s head in,” the spokesman said.

A Toys “R” Us spokesman says the stores in Central Ohio were each stocked with about eight of these dolls and they won’t be replaced once they’re sold out.

We suspect that, given the popularity of the show and the figures, it’s not the complaints that are motivating Toys R Us not to restock, but the fact that the figures have sold out in quite a few places–even we’re out of at least one variety. But if you want to take a look at the 7-inch Dexter figures, check out our Dexter section at CmdStore to see the Bif Bang Pow!-produced toys approved by Michael C. Hall and strongly disapproved by a host of others. 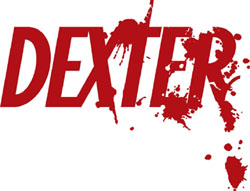