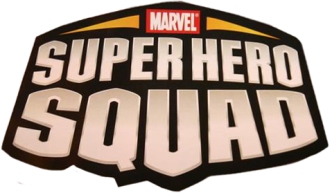 Three new items have been added to the Superhero Squad section of Cmdstore.com in the Mega-packs and box sets subset. All three of the new packs are based on Wolverine, whose recent television and film appearances seem to have officially cemented him as the true star of the X-Men license/franchise. The first in the trio is the ‘X-Cutioners Song’, which includes some very cute renderings of Wolverine (yellow costume), Stryfe, Marvel Girl and Cyclops.

Since the beginning, I’ve always wondered why Hasbro went in such an adorable direction for such fierce, powerful characters, but in this and dozens of other Superhero Squad packs, it’s tough not to see at least some of the appeal. It’s definitely present in the next set, which includes Dark Beast, Havok, Wolverine and Wolvie’s motorcycle under the title ‘Doom of the Dark Beast’. Even the vicious villain of the story is made to be endearing, a smile on a usually snarling face.

Finally, we’ve got the Wolverine Evolutions set (see below). It features four versions of Wolverine based on the comics and film, all without the classic mask and modeled more on the Logan we’ve seen of late. These ones are definitely a great addition to the collection of any Wolvie fan.