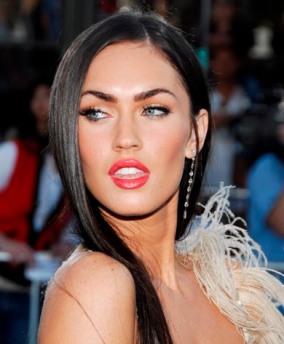 UPI puts to rest the rumours that have been flying today regarding Megan Fox’s casting as Catwoman in the third Christopher Nolan Batman film. There’s no doubt Megan’s got looks, but comic fans were definitely doubtful of her acting talent given her lackluster performances in other films. And when you’re acting alongside Christian Bale, Morgan Freeman and Michael Caine (just to name a few), you’ve definitely gotta bring more than a pretty face. What we don’t need is another Halle Berry-style Catwoman, which made even big fans of the character cringe. So for all those concerned, here’s the real story:

LOS ANGELES, Aug. 26 (UPI) — Hollywood’s Warner Bros. studio is shooting down a report claiming actress Megan Fox has been cast as Catwoman in the next Batman movie.

“It’s rumor. It’s not true,” a studio representative told People.com of the British tabloid report. “There is no script. There is no project to be cast in.”

Fox, 23, is best known for her work in the two “Transformers” blockbusters. Her other film credits include “How to Los Friends & Alienate People” and the upcoming “Jennifer’s Body.”