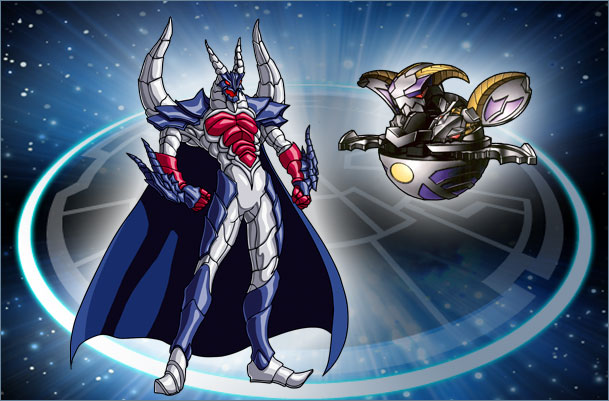 Percival is a wicked monster who uses his cape for invisibility and shoots plasma bullets from his three mouths. He also creates a black tornado with purple sparks to thrash his challenger. Percival has two dragon head wrist guards, and his body is covered in armor-plated steel. The horns sticking out from his head and shoulders are unbreakable. Percival has a special bond with Ace. Together they battle to free the enslaved Bakugan.

What is the hottest toy this Year?

There is a clear winner: Bakugan toys.

What is Bakugan Toys?

Every kid is asking for this new game based on an old concept (ie. Marbles). It is based on a show on Cartoon Network and is about a game where players roll Bakugan toys onto metal “gate cards” that then transform into monsters that do battle. Think Transformers and Pokemon on steroids and a sprinking of Magic: The Gathering and you’ll get the idea.

Who is the Bakugan game aimed at?

It’s aimed at 6 to 12 year old boys but I have seen 40 year old fathers battling it out in the Bakugan arena. The concept, cartoon and all the marketing is all geared towards the younger age group but don’t be a prune…it is open to all ages. Great lengths have gone to ensure that the game plays very much like it looks in the cartoon.

Where can I find the names of the Bakugans?

I have included a link to a poster that I got from Spin Master Toys. This should point you in the right direction. I had a few of these posters in our store but they were in high demand. Why pay for a poster? Just click the image below to reveal a detailed high resolution poster that you can print out.

CmdStore.com is one of the only retailers able to offer the season’s number one hot toy, Bakugan, in such

huge and diverse quantities, with every accessory possible still available for sale through the site! Cmdstore has so many bakugan choices from: opened/loose and sealed boosters, starters, battle packs, collector tins, arenas, launchers to customized gift sets, you will always find something for your budget. Cmdstore has been in business for over 16 years and is an accredited member of the Better Business Bureau Inc (BBB).