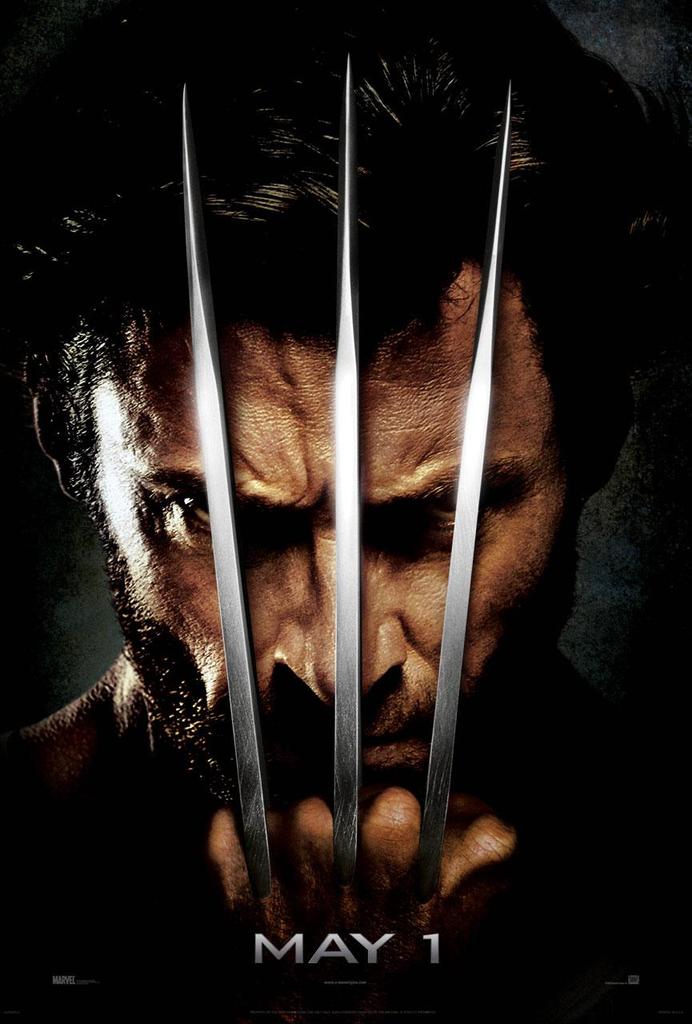 An almost finished copy of X-Men Origins: Wolverine starring Hugh Jackman has been leaked online a month before its cinema release. The high quality copy of the film has been uploaded to several file sharing and streaming video websites. I found a copy of this movie with ease at Demonoid and did a little more searching to get more info for this article at the BBC News site.

The movie is incomplete, with some special effects still in need of fine tuning and green screens and wires attached to actors still visible. The film is not due for release in the UK until 29 April and 1 May in the US. Since being uploaded to file sharing websites on Tuesday, more than 75,000 copies of the film have already been downloaded and reviews by users have started appearing online.

The CGI (special effect) is missing and after reading some reviews, it appears the movie looks horrible without it. Even if you see this workprint copy you’re still going to have to go see it in the theatre to fully experience the full movie with CGI effects fully intact.

The film had been intended to compete alongside other summer blockbuster movies including Transformers 2 and the big budget update of Star Trek.

The source of the leak of the 20th Century Fox film is the subject of much speculation.

Although it does not have a timecode or a studio watermark, there is a brief caption at the beginning of the film which reads ‘Rising Sun Pictures’ and is dated 2 March 2009. According to its website, Rising Sun Pictures is an Australian visual effects company that worked on the film and is currently working on production of Terminator Salvation.

However, there is no evidence to suggest the company was involved in the leak.

The Federation Against Copyright Theft said a leak of this kind would be extremely unusual as pre-release security has been tightened over the years.

Access to a whole film is severely restricted with post production workers being given portions of the film to work on and measures are put in place to stop the film being copied on to disc.   No-one working on a film in any capacity wants to see their hard work released through illegal means – piracy is not a fun thing.

X-Men Origins: Wolverine, directed by Gavin Hood, sees Jackman return to the role of the clawed mutant and follows his quest for revenge after his girlfriend is murdered.

20th Century Fox have yet to respond to the leak but I am sure they are pissed and will find the source of this leak.   I have not downloaded this movie nor viewed it yet.  I am a pure fanboy so I can only watch this movie in its complete final form at the cinema in front of a big screen!